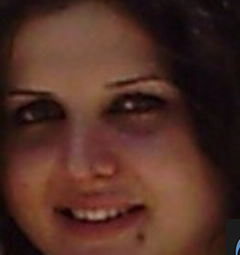 Lama Muhammad. MD is a Chief resident of quality improvement and psychotherapy/outpatient in the UNM department of psychiatry.

Please Stop the Music:Oliver Sacks Syndrome and the Psychopathology of Hearing Loss rnBackground: Musical hallucinations (MH), also known as Oliver Sacks syndrome (OSS), are a form of auditory hallucination which involve hearing music when none is being played. MH frequently occurs in the hard of hearing, and has been conceptualized as a release phenomenon similar to the visual hallucinations of Charles Bonnet Syndrome. MH is a distinct and separate phenomenon from the typical auditory hallucinations of voices that afflict many patients with mental illness, as patients with MH usually have insight into the origin of the music. MH can be difficult to distinguish from psychosis when there is a comorbid mental illness present.rnrnMethods: The authors describe a case of MH in a patient with bilateral sensorineural hearing loss, review the literature on its prevalence, etiologies, and treatments, and discuss MH in the context of other psychopathologies that frequently affect the hard of hearing (HOH).rnrnDiscussion: Auditory hallucinations are subjective auditory experiences without external stimuli. Tinnitus and buzzing are considered elementary hallucinations, while the perception of words, voices, and music are classified as complex hallucinations. Musical hallucinations occur in individuals with and without mental illness and often are simple tunes of a religious or childhood nature. Most patients have insight into their condition and perceive the musical hallucinations as intrusive but occasionally unpleasant. The pathogenesis is still unclear.rnConclusions: Consultation psychiatrists should be aware of MH as a rare but expectable sequel of hearing loss, and target therapies appropriately to reduce the hallucinations themselves, reduce distress, and mitigate any hearing loss contributing to MH.rn